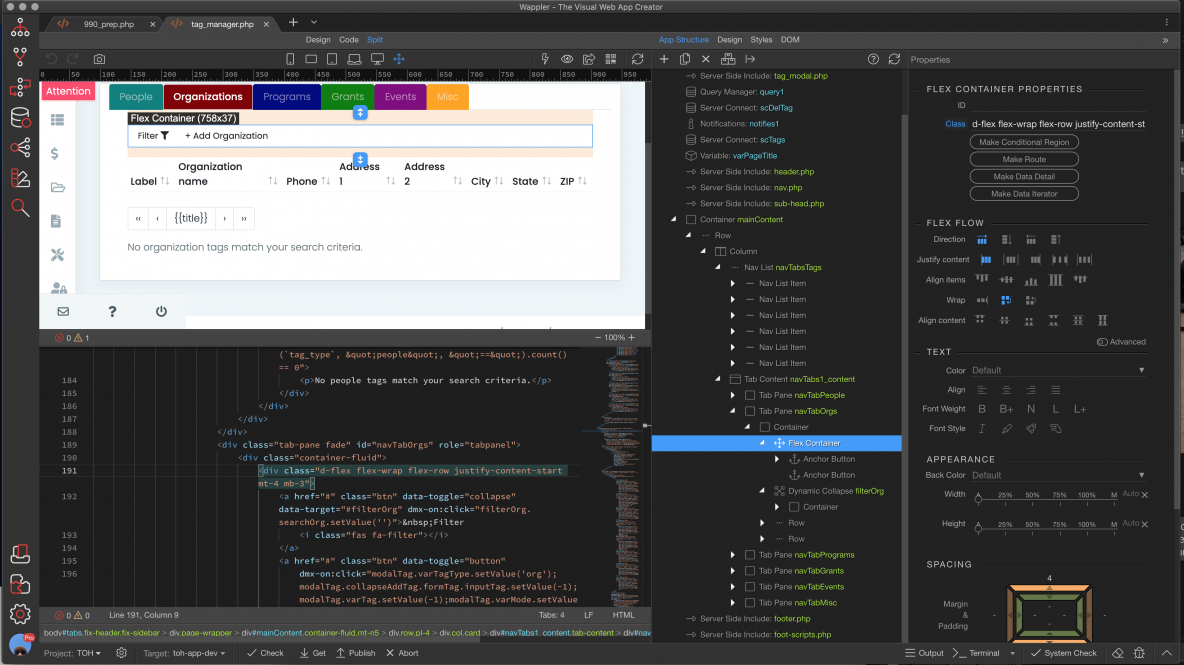 It’s no secret that I currently use Wappler, and flexibility is one of the primary reasons. It provides me with the benefits of visual coding, but also provides the flexibility of getting into the code and going beyond whatever limits the UI may currently have. As the application grows, and the UI expands, I do less and less coding, but there is never a ceiling.

The no-code movement is real, partly because non technical founders are tired of being left on the sidelines while the tech literate folks can build whatever they want. Forums are filled with people looking for a tech co-founder illustrating that people have all sorts of ideas they do not feel empowered to pursue. There are plenty of reasons why partnering with somebody can greatly enhance that experience, but some people prefer to go it alone.

Out of the no-code movement, there comes the concept of low-code, and this is where Wappler lands. For me there are huge advantages of this approach, which is to abstract the user from the code as much as possible, but do not eliminate it from the equation. Build as much as you can using the visual interface, but when that reaches its limit, drop into the code and continue forward without missing a beat. The beauty lies in the dirty little secret, that while new users of Wappler start in the no-code camp, they are slowly exposed to the actual code produced and if they are not careful, they end up learning their way around actually coding.

True no-code platforms however, do have a ceiling, and when you hit it, frustration sets in and never leaves. It’s not fun to be so deep into an application that you cannot go backwards, nor forwards. The application itself, then suffers. Sacrifices are made. Customers suffer.

Every application has code, so why not give users the opportunity to learn. Give them the ability to go beyond what the platform developers think is important. Grant them the flexibility that is a critical advantage they hold in building a business.

So yes, build an application without coding but make sure you have the flexibility to complete the task when that falls short.