In depth, step by step courses to deepen your skills.

Diverse content on varied topics to broaden your knowledge.

Ken will build the MVP of your application, and then train you how to perform ongoing updates and improvements.

Let's talk about your project 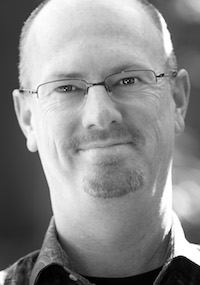 I was originally trained as a photographer at (the once prestigious, now defunct) Brooks Institute of Photography in Santa Barbara. I left school after a couple years, with the hopes of learning the finer points out in the wild, rather than at a university. I worked my way into the multi-media business, connecting lights, sounds, images and video together with rudimentary computers. The interest is computers took me to computer networks, so one night I took down the photographer marquee and replaced it with a Certified Netware Engineer sign.
After a few years of building and maintaining local area networks, I caught the internet bug, which resulted in the building of Data On Call. DOC was my first attempt to hire people, and build something bigger than myself. I pulled in partners, but no investors other than some family. It was originally established as the one-stop-shop for small businesses to disseminate their information through data driven websites, email, and believe it or not, faxing. Connecting fax services to various internet points became the real driver, and we sold that company to j2 Global (owners of eFax) in 2005.
I ended up joining the j2 Global executive team, after the sale of Data On Call. I held product and corporate development titles and worked at j2 for eight years. Together with a lot of great people, we built the company from ~$100M in revenue, to over $500M with NET profit margins of over 40%. Millions of paying customers, dozens of international offices, and non-stop acquisitions of both technology and customers.
I left j2 in 2013 not knowing what was next, only knowing that it was time for something new. With a solid exit under my belt, and a good run at j2, I chose to do some early stage investing in San Diego startups. I really enjoyed the process of meeting, vetting, and eventually supporting these great companies, but within a year it became clear that I was no investor. I wanted to be closer to the operational action - I need to see tangible results daily, and the investment game is much more long-term.
I'm always building a business of my own. Currently I have partnered with Hampton Dohrman to help non-profits manage their organizations under the brand Tiny Opera House. Before that, I was the COO of Great Jones Street, lead by another local startup guy, Kelly Abbott. GJS built a beautiful mobile app for publishing short stories. My role was mainly in the back office, contracting thousands of stories and getting them on-boarded with ultimate delivery to the app, and our website.
Connect with Me!

You'll enjoy my responsiveness. Never more than a couple hours before I reply.

Your satisfaction is always guaranteed. Period.

Coursework designed around why something works.

Videos that neither bore, nor rush

Full-scale development to give you a head start.

Android/iOS Hybrid App
Opportunity: Architect and build a mobile application for both Android and iOS Solution: Developed the apps using the Wappler editor and App Connect, Framework7, and Cordova. Back-end uses Wappler Server Connect and MySQL. Requirements: Results: Application MVP was developed within 3 months, and immediately followed with enhancements to make the apps production ready. Apps were successfully deployed to Apple App Store and Google Play Store. Professional Launch: Client received professional production applications and back-end.
Contracting workflow
Opportunity: Design and implement a high volume automated contracting workflow. The company sends thousands of contracts each year, often concentrated in large batches. Solution: JIRA (already in use within company) used as the contract management and workflow engine, customized to interface directly with an e-sign provider and part of the broader process to efficiently on-board content. Requirements: Results: Appropriate team members can now execute contracts as part of the broader on-boarding workflow.  Content driving the merge fields on the contract are automatically inserted into various agreement templates, and routed to the necessary signatories. Savings: A manual process taking 30 minutes, was reduced to a simple click of a button.
Content on-boarding
Opportunity: Design and implement a high volume automated content on-boarding workflow. Solution: JIRA used for task management and workflow engine. Requirements: Results: The solution includes automated document conversion, preparing the content for various outputs such as Markdown, HTML, ePUB, and PDF.  The system allows for management prioritization of tasks, and routes tickets to various team members as necessary. Savings: The workflow saves immeasurable hours of tracking work, and provides consistency and control.
Mobile app publishing
Opportunity: Design and implement a mobile app content publishing system. Solution: JIRA used for data repository and publishing engine. Wordpress for product website. Requirements: Results: The solution is the central data of record for content, which appropriate users can utilize to push selected content to a proprietary mobile app and website.  Content is immediately available on public facing systems, without internal users needing to interact with the actual production servers.  Users can push content any time, any place. Savings: The system was built by using in-house API's, allowing the dev team to stay focused on customer facing features, rather than diverting time and attention to back office needs.
Responsive web application

Opportunity: Design and implement a MVP product for non-profits.

Solution: Using a no-code platform, the first version was release two months after the initial idea was presented.

Results: The delivered solution quickly gave management feedback from real users, allowing for less time planning, and more time responding to customer needs.  Users can connect to any of 10,000 financial institutions and manage their finances and measure constituent impact.

Connect with me today to learn more.